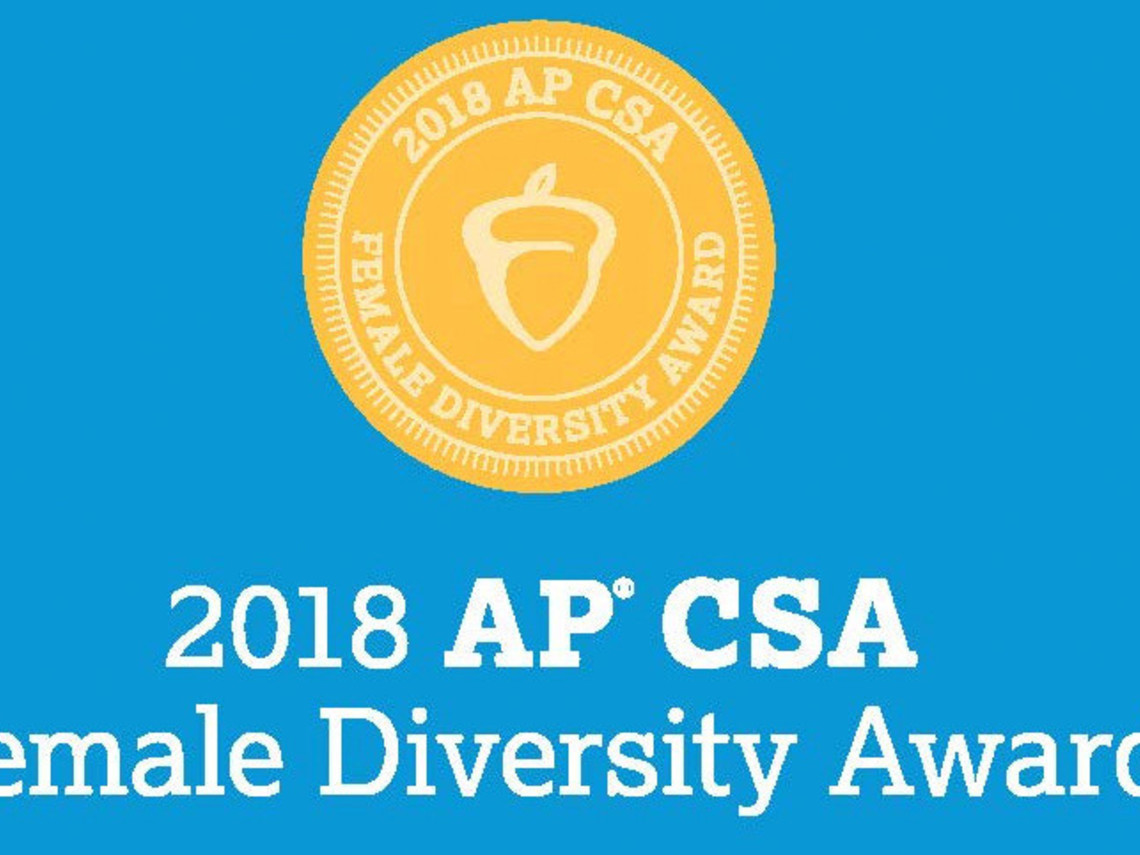 “We’re honored by this recognition and are proud of our female students studying computer science for their achievements,” said Dr. Elizabeth Ann Goodwin, President of Rosati-Kain High School. “We’re committed to continuing to provide our female students with access to AP Computer Science courses to help prepare a more diverse workforce in critical STEM jobs.”

“By inviting many more young women to advanced computer science classrooms, Rosati-Kain has taken a significant step toward preparing all students for the widest range of 21st-century opportunities,” said Trevor Packer, College Board senior vice president of the AP Program. “We hope this inspires many other high schools to engage more female students in AP Computer Science and prepare them to drive innovation.”

Providing female students with access to computer science courses contributes to gender parity in the industry’s high-paying jobs and drives innovation, creativity, and competition. According to UNESCO’s Institute of Statistics data, less than 30% of the world’s researchers are women; in North America and Western Europe, it’s just 32%. Research shows women are more likely to pursue computer science if they’re given the opportunity to explore it in high school.

Join Us for an In-Person Open House

We are thrilled to announce that Rosati-Kain will be hosting an in-person Open House on Sunday, October 24 from 12 to 4 p.m. Meet... END_OF_DOCUMENT_TOKEN_TO_BE_REPLACED

Continuing Towards Racial Equity at Rosati-Kain

Michelle Martin Bonner has been guiding our staff through culturally responsive learning. Michelle continues to work with Rosati-Kain to design... END_OF_DOCUMENT_TOKEN_TO_BE_REPLACED

Homecoming is back this year! The girls got to attend an in-person homecoming on September 25. STUCO put in extra effort to decorate the... END_OF_DOCUMENT_TOKEN_TO_BE_REPLACED