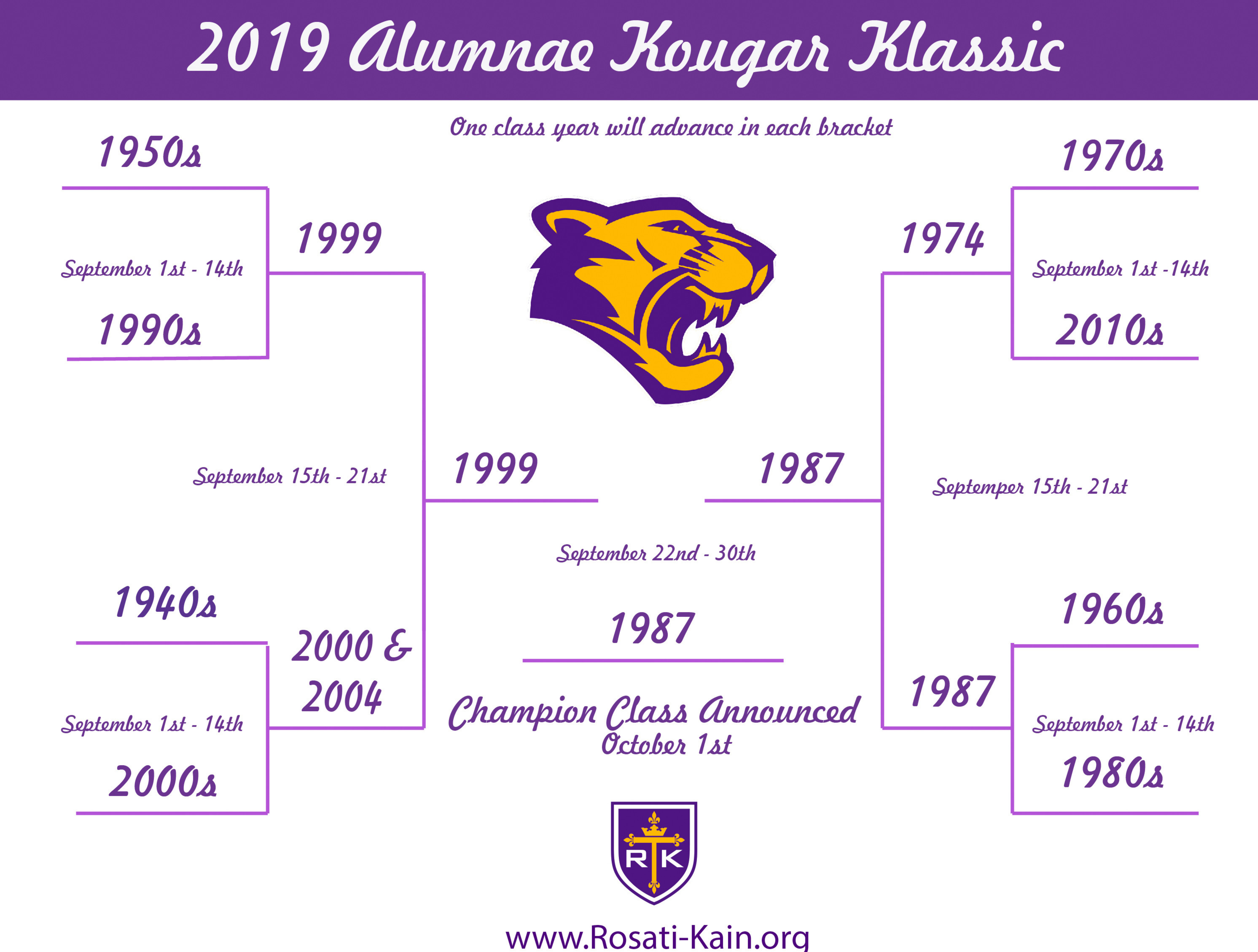 What is the Kougar Klassic?

From September 1 – 30, alumnae participate in a tournament-style competition to claim the title of Rosati-Kain’s Alumnae Kougar Klassic Champion. This will be determined by class giving participation (percentage of classmates donating, not dollar amount) to The Fund for R-K. Only gifts ($10 and more) made during September 1 – 30 count!

All donors in the winning class will receive t-shirts as Rosati-Kain’s Kougar Klassic winner AND will have bragging rights as the Top Alumnae Class of that year.  Your win will be noted in the R-K Today magazine, alumnae newsletter, and on social media. Finally, all donors in the winning class will be invited to a happy hour at our Coughlin Courtyard and our Daniels Learning Commons on a mutually agreed upon date.

NEW THIS YEAR: We are changing up our brackets so more classes have the opportunity to compete longer!!! 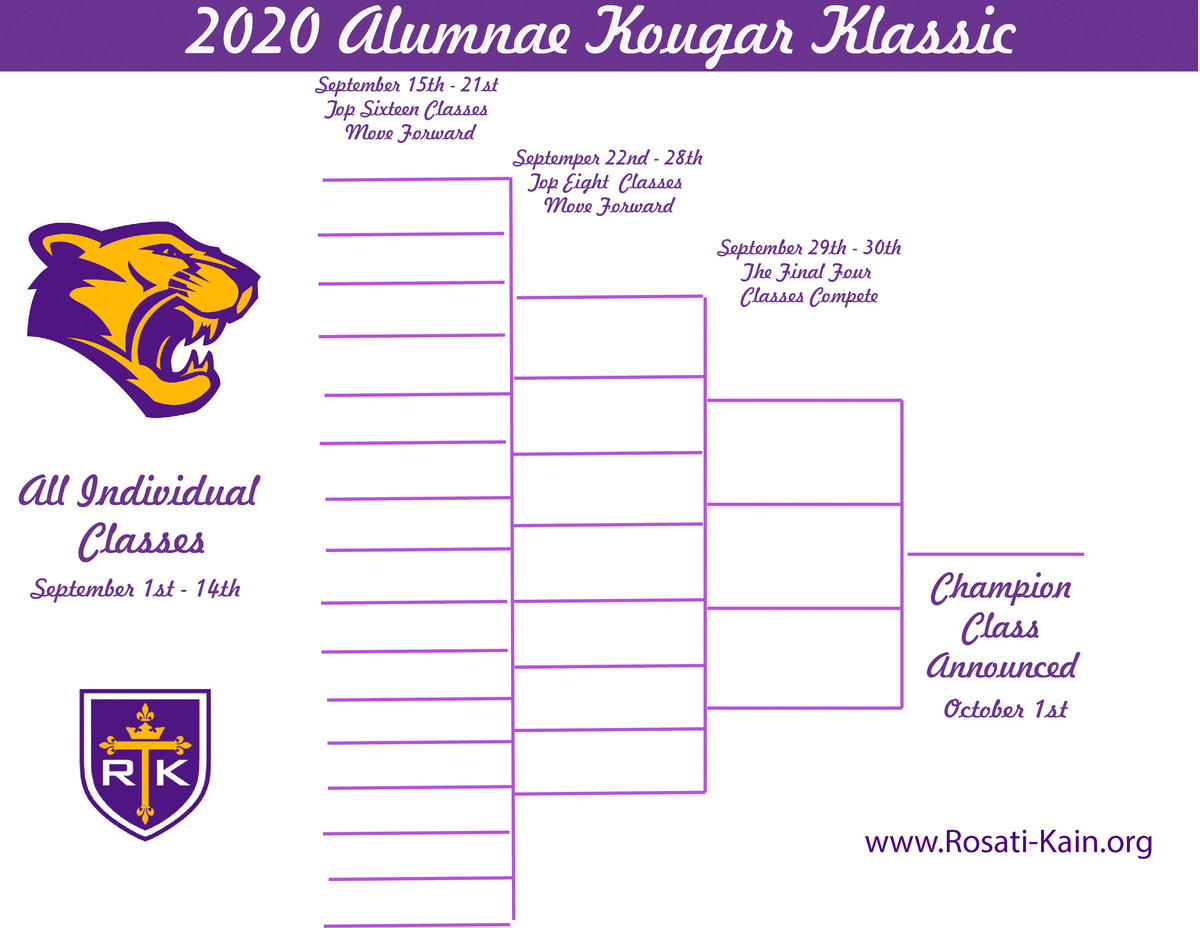 Here’s what you can do to make your class the next Kougar Klassic Champion.

What are the rules?